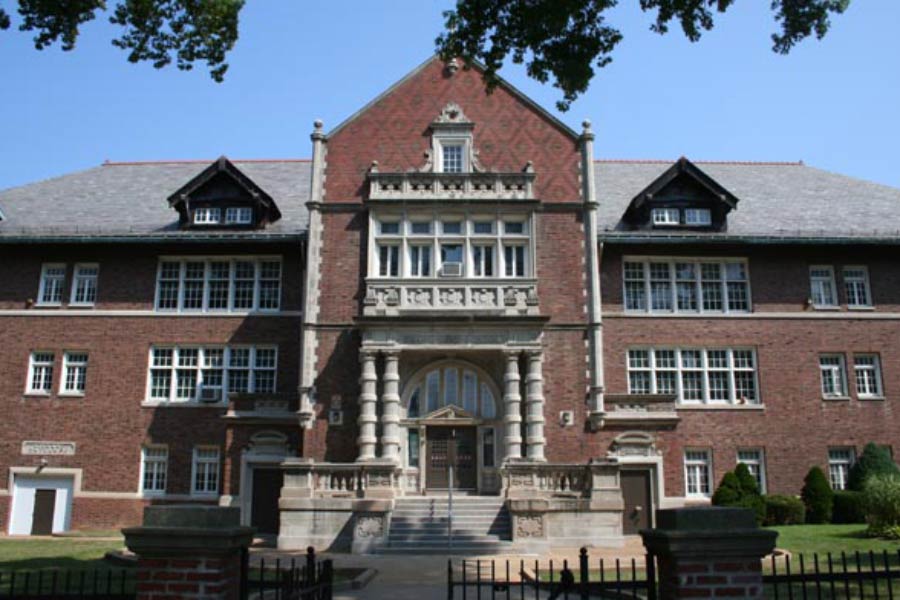 Buder Elementary in the St. Louis Public School District underwent an HVAC retrofit in the summer of 2012. NDBS acted as the prime contractor on the project and was responsible for coordination of all trades’ work, which included demolition, ductwork, piping, temperature controls and carpentry. The existing heating-only system, consisting of outdated boilers and air handlers, was removed and replaced with new variable air volume air handlers, high efficiency boilers feeding VAV boxes, hot water reheat coils and an air-cooled chiller. The new HVAC equipment now runs off of a building management system that allows district maintenance personnel to view building operations remotely and diagnose issues before dispatching technicians. For the first time since the doors opened to students in 1920, the school is air conditioned. The biggest challenge for installation was connecting the new VAV zones to the existing duct risers which were lined up in a tight bank at the east and west ends of the existing equipment room. Extensive 3D CAD modeling was used in conjunction with field measurements to ensure that ductwork could be routed to the shafts while leaving service access to each of the fifty-four (54) VAV boxes. A sheet-metal demising wall was constructed at the back end of the twin air handlers to connect the original return shafts and outside air louvers, essentially creating a giant mixing box. In addition to the HVAC work, new acoustical ceilings were installed to conceal the ductwork and an ADA-accessible corridor was created from a portion of the old equipment room to connect the two halves of the building on the lower level. Construction started at the end of May as soon as the school year concluded, and cooling was available by mid-August when teachers returned to the building for meetings. 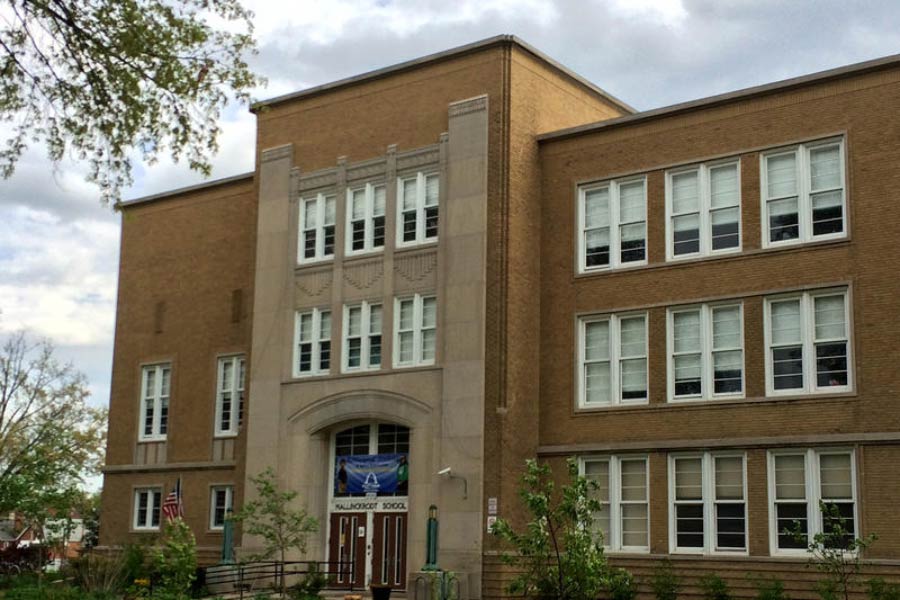